We will go over the different types of solar energy 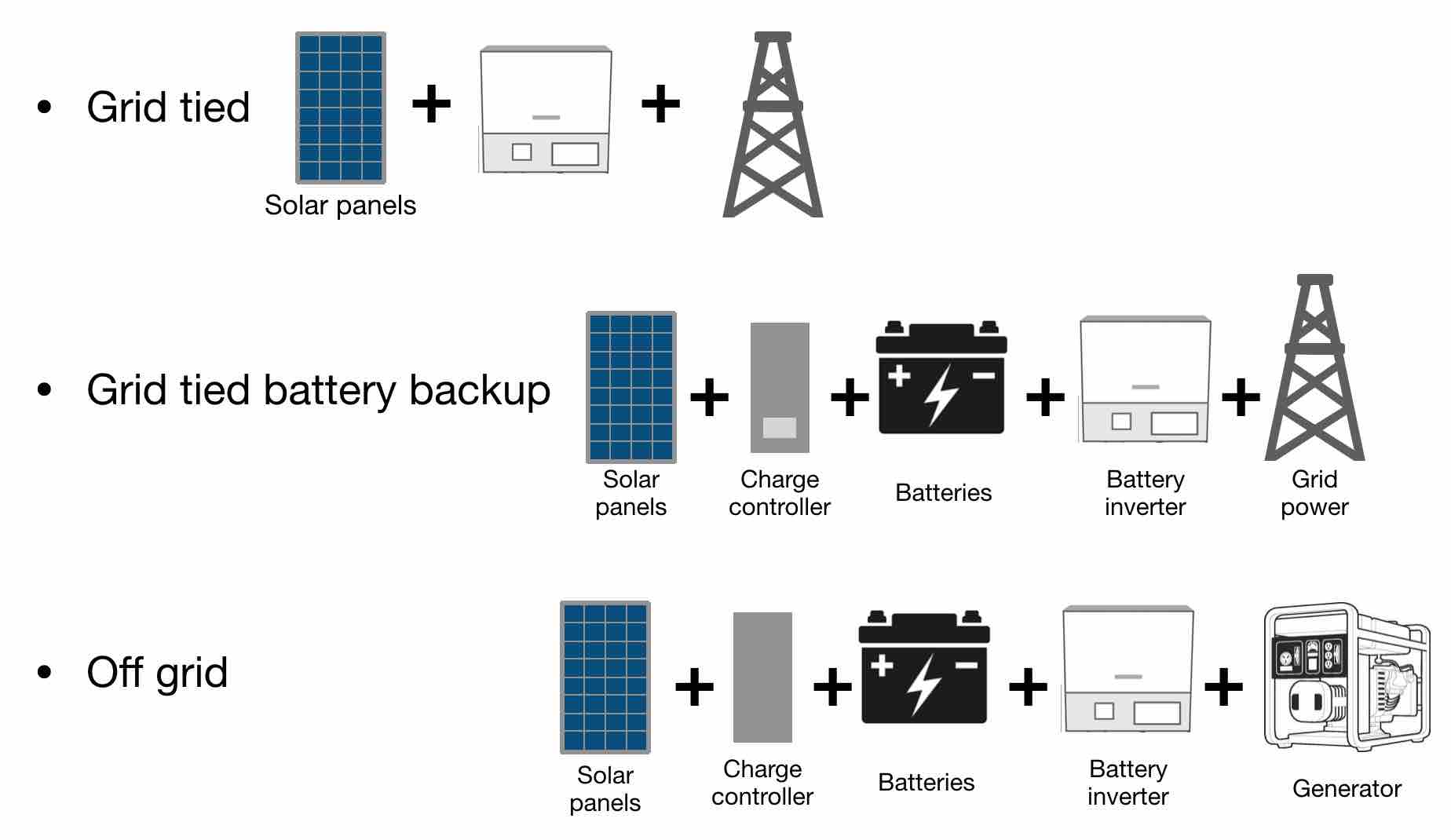 The simplest type is grid tied,  just solar panels, inverter, and grid power. No need for batteries. Usually has the best return on Investment, but will not work if the grid power turns off.

Sort of like a backup generator, you will have a separate, protected load panel for all of the loads that you want to work when the grid power goes out.

The solar power comes in and charges a battery bank, which is regulated by a charge controller. The battery inverter uses the battery power to make usable grid power, which will then supply power to your protected load panel, then send the rest back to the grid.

In the event that the solar can’t charge up the batteries, the inverter can act as a charge controller and use grid power to charge the batteries.

Off grid is sort of the same as a battery backup system, except, you guessed it, no grid power.

Instead of sending excess power back to the grid, the charge controllers will just not allow the solar to make extra power.

Here is an example of a super simple off grid system.

The solar panel collects solar energy to charge the battery, which is regulated by the charge controller, then the battery inverter uses the power from the battery to create usable AC power.

What helped me learn this is if you were to disconnect the solar and charge controller, and only have the battery and inverter, the inverter will still make power.

This is called a “DC coupled” system, the solar energy does not directly power through the inverter, but it goes to the batteries first.

There are also “AC coupled” systems, and hybrids of all of the above. For now we will focus on just getting the fundamentals of solar down, so you can build a solid understanding of grid tied solar design.

To summarize that, the dc electricity from the solar panels goes through an inverter to convert it to usable AC power.

The inverter feeds the converted solar power to your houses power supply, either in the main service panel, via a breaker, or through a line side tap.

You are still 100% on the grid when you have grid tied solar,

No need for batteries, unless you want battery backup.

Off grid solar is almost completely different in design when compared to grid tied solar.

Stop leaving money on the table.

Find out exactly how much you can save by going solar and let our Artificial Intelligence system help you choose the best system.